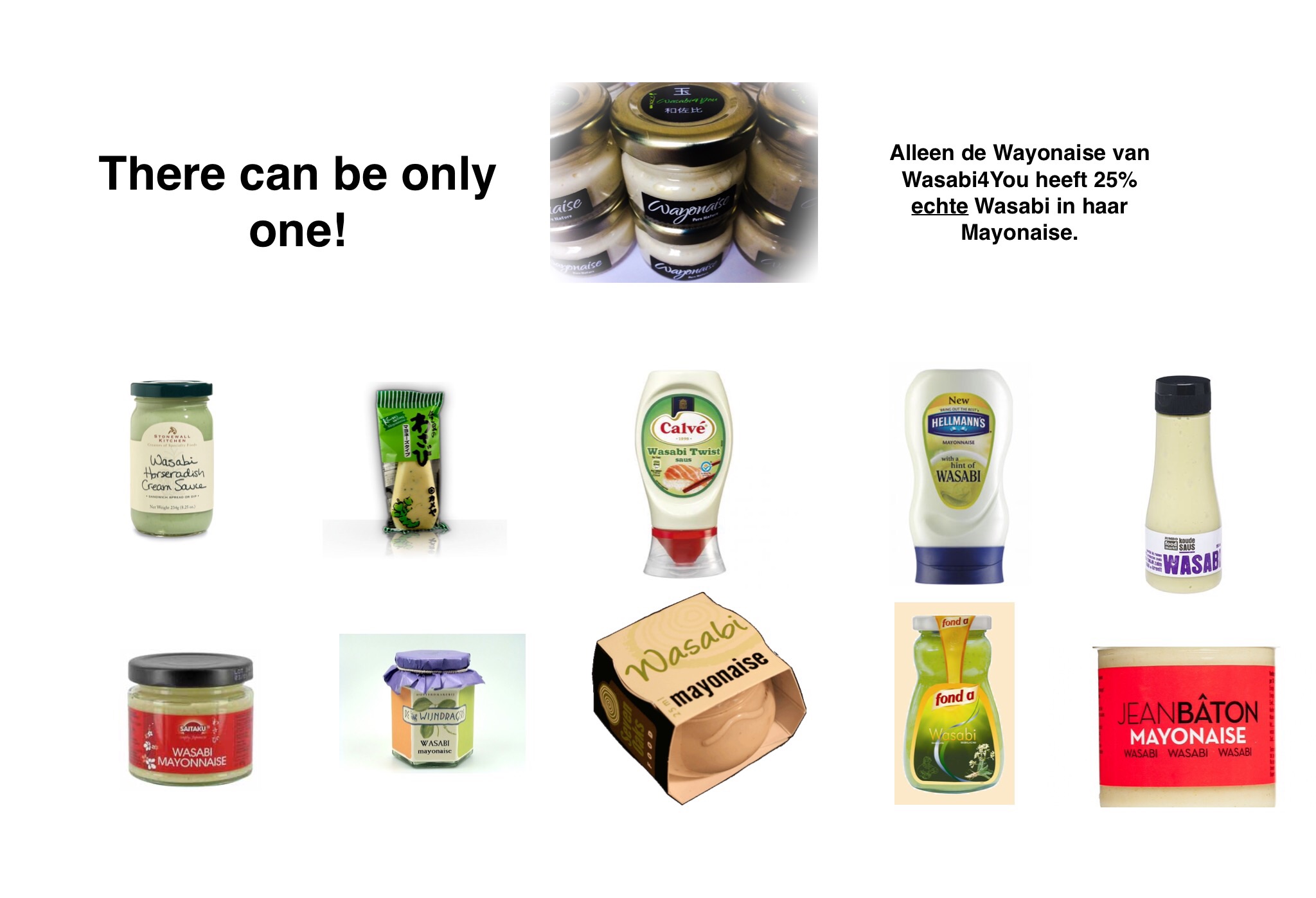 Independent testing done by the Office of Consumer Affairs (Amt für Verbraucherschutz) in Aarau, Switzerland confirmed that these products (plus another as yet unnamed new product) meets the EU Labeling requirements for using “Wasabi” or “Wasabia japonica” on their labels.

The product was found to be a 100% match to the reference sample used by the testing laboratory.

This is a big step forward and might be the beginning of the end of the false advertising presently being carried out by the “faux” wasabi suppliers in the marketplace.

You can now buy these products with confidence that they contain what it says on the label.

After nearly 20 years of lobbying the EU and the rest of the world about the false advertising and deliberate misleading of the public, the Wasabi Maestros are pleased that at long last the relevant authorities are taking action.

Some products which claimed to contain wasabi have been removed from the shelves in Switzerland and Germany because they were found not to contain True Wasabi (Wasabia japonica), but merely Mustard and Horseradish mixtures with green colouring. This trend for removing products is likely to continue now that there is a fast and accurate means of detecting Wasabia japonica.